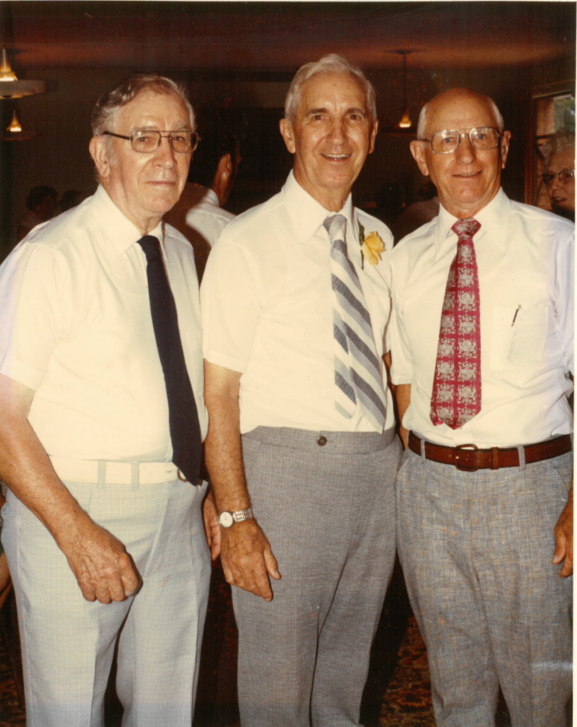 Hoover, Julius, and Victor joined their father, Hal, in business as Opperman & Son’s with offices in Pontiac and Princeton.  Due to the harsh market, the brothers were at a disadvantage, but they each had responsibilities of their own.  Hoover, the oldest, managed the home building crew in Princeton, Illinois while operating a movie theater.  Julius owned and operated a bowling alley in addition to managing the masonry crews.  Victor, being the youngest son, would often sell popcorn or bag groceries for one of his Dad’s businesses before being drafted to the War.  Sometimes, in an attempt to collect debt on previously completed projects without forcing their clients out of business, Opperman & Son’s would forgive debt in exchange for a partnership in their clients’ business. The brothers broke through the trying times of the Great Depression, and kept the company alive.